In 1867, Lord Kelvin described an experiment in which two streams of water droplets were connected so that each stream amplified the charge on the second stream [W. Thomson, Proc. R. Soc. London 16, 67 (1867).].

The grains are positively charged. While they sit on a surface, the mutual repulsion of the grains can propel some of them as high as 2 meters into the air. This effect of spontaneous separation has important consequences for industrial and natural processes. 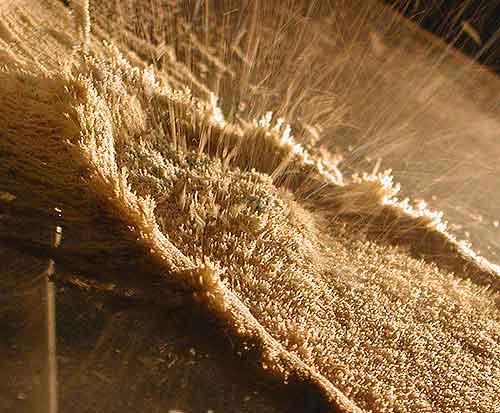